Q-Sense are exhibiting at this NMAET conference and sent me sample data for visualizing. 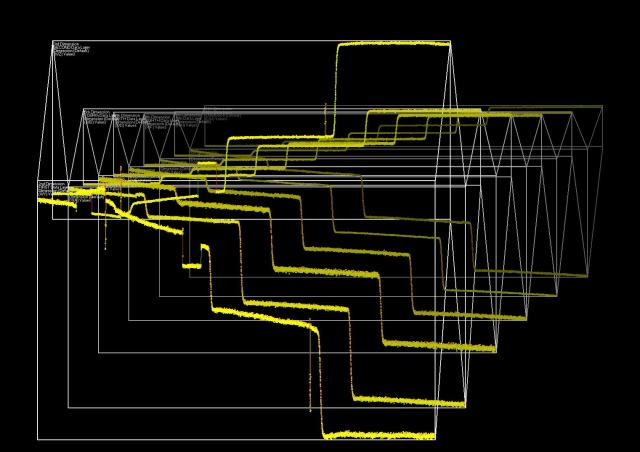 A second set of time series 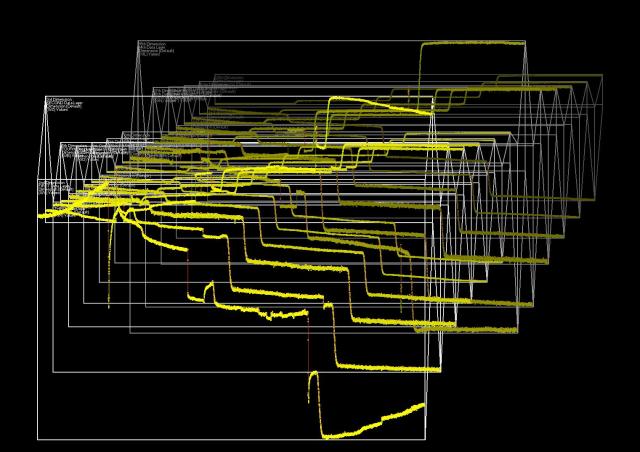 And now the two series together

To help with “visual clarity”, let’s bring some order to the first series:

Twelve Time Series of 7764 points each over one time period

Here is the second set sorted.

And finally, I put the two series together and sorted them for “visual ease” and comparison: 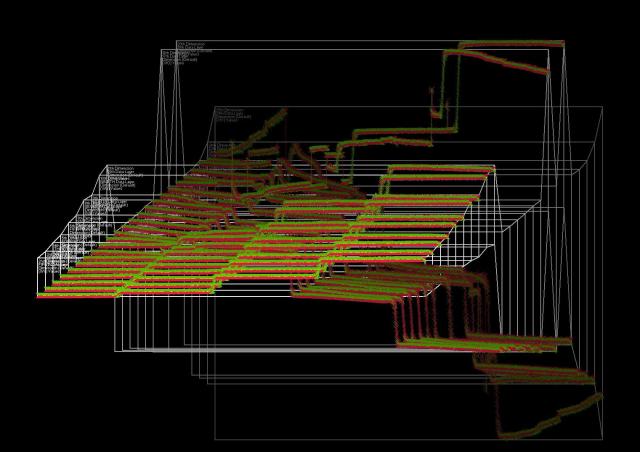 Two series packed into one

Do let me know how useful this may be for your complex data sets or time series!

I'm a mathematician and system analyst formerly at CERN in Geneva and became an event organiser, software designer, independent web publisher and online promoter of Open Justice. My most significant scientific contribution is www.smartknowledge.space
View all posts by Sabine Kurjo McNeill →
This entry was posted in Complex data metrics, Visual Data Analysis and tagged data revisualization. Bookmark the permalink.